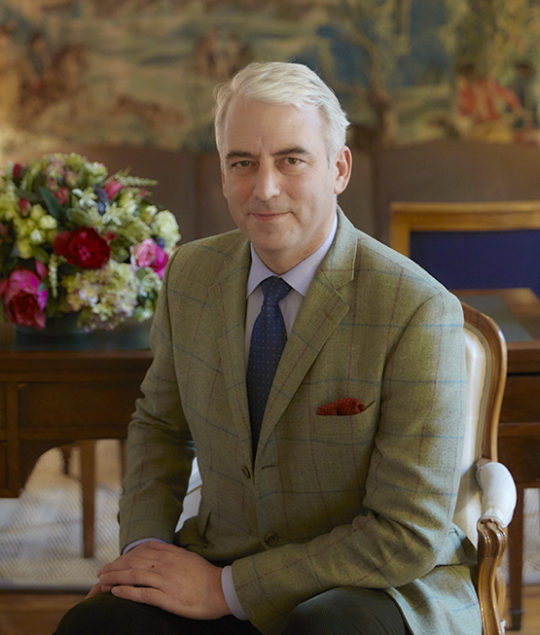 “ Powerful by the dreams they arouse, these terroirs are also powerful by the historical depth they awaken. To pronounce this name is to plunge into the depths of time and Burgundy’s identity.”
—

Burgundy illustrates, even in its tiniest plots, the immemorial and sacred pact between man and nature. Its climates, a mosaic of precisely delineated and identified terroirs from the depths of history, have distinguished Burgundy’s vineyards from all others since the early Middle Ages.

With its 85 ares, La Romanée is the smallest of the Burgundy climats. It is one of the incarnations of this Burgundian genius, these isolated postage stamp- sized plots, delimited by a path, a low wall or a simple geological fault hidden from the eye by the soil but which the monks, the winegrowers and the eminent Burgundian families have identified and preserved since time immemorial. La Romanée is one of those names that evoke, inspire and embody Burgundy. Along with La Romanée-Conti, La Romanée-Saint- Vivant and others, it is the beating heart of the Côte de Nuits and is one of the great mythical names of Burgundy, in the same way as Volnay or Montrachet on the Côte de Beaune. Powerful by the dreams they arouse, these terroirs are also powerful by the historical depth they awaken. To pronounce this name is to plunge into the depths of time and Burgundy’s identity. To taste this wine is to share in the mystery of Burgundy.

Benefitting from strong recognition since the ancient era and even more so from the 15th century onwards, La Romanée is one of those terroirs which were immediately distinguished for their typicity as well as for the particular emotion they arouse in those who taste the wines. The very great terroirs make very great wines whose personality is such that, over time, it transcends the tonalities specific to the vintages as well as the notes inherited from the choices of vinification.

The wines of Burgundy are a tribute to the profusion offered by creation: profusion of soils, rocks, their exposures, water, underground or surface, and the plant and animal species that inhabit them. A profusion of intelligence too, of sensitivity, intuition and creativity of those who, for thousands of years, have been striving to reveal all the diversity of these wines in order to better express their substance. In this, the culture of wine is one of the most beautiful expressions of civilisation.

“ Each terroir is unique. Each plot is unique. Whether for the old bottles or for the wines produced today, we listen to them and take care of them carefully, with all the humility and infinite respect that their personalities inspire."

Bouchard Père & Fils, one of the servants of this great mystery, occupies a special place in wine-growing Burgundy. Its 130-hectare estate, the largest in Premiers and Grands Crus of the Côte-d’Or, illustrates a hundred or so climats over 55 kilometres from north to south between Gevrey-Chambertin and Montrachet. Founded in 1731, the house preserves in these historic cellars a unique testimony of a few thousand bottles from the 19th century. By the number of climats as well as by the historical depth on which they are represented, this treasure, a great witness to the history of Burgundy, is no longer that of a single estate but, in a way, now constitutes a Burgundian heritage. So much so, in fact, that when the Climats du vignoble de Bourgogne was listed as a World Heritage Site by UNESCO in 2015, Bouchard Père & Fils was chosen as one of the constituent attributes of the listed heritage.

In order to transfer such a domain, the disposition of mind of a custodian rather than that of an proprietor is called for. It requires roots that plunge deep into time and a vision that looks far ahead.

Since 1995, the Henriot family has had the privilege of continuing this œuvre, of taking it further and perhaps even higher, because the œuvre itself demands it. The estate is at the heart of our vision. This is why acquisitions were made after 1995 in Meursault, Pommard, Monthélie, Clos-Vougeot, Bonnes-Mares, Echezeaux and others. It is also for this reason that we strive to express the diversity of the terroirs we are in charge of with all the subtlety that is appropriate to the diversity of the terroirs we are responsible for, both through wine-growing that respects nature and through vinification and maturing with a precision that the goldsmiths would not deny.

Each terroir is unique. Each plot is unique. Whether for the old bottles or for the wines produced today, we listen to them and take care of them carefully, with all the humility and infinite respect that their personalities inspire. Each wine is an individual, almost a being, with its own identity, character and behaviour. Each one will therefore receive dedicated attention and appropriate treatment. Listening and observation take precedence over action to let the terroir express itself in the particularities of the vintage. The œnologist, Frédéric Weber is a cellar master and not a wine maker. He does not make the wine, he gives it life. Moreover, he uses the same words for his wines as one would use for a person. Too respectful to “ force ” them, he adapts to each one of them and consistently applies a simple principle: the rule is that there are no rules.

In this mission, the precision of a watchmaker combined with a genuine cult of detail are part of the house’s values. This Burgundian spirit, demanding, in perpetual quest for perfection, can be found in the archives and testimonials that the House has kept preciously since the beginning of the 18th century: tasting notes, winegrowers’ notebooks, booklets of vintages,.. : this precious collection of documents, where meticulous observations and expertise developed over time are recorded, bears witness to this permanent quest for accuracy. 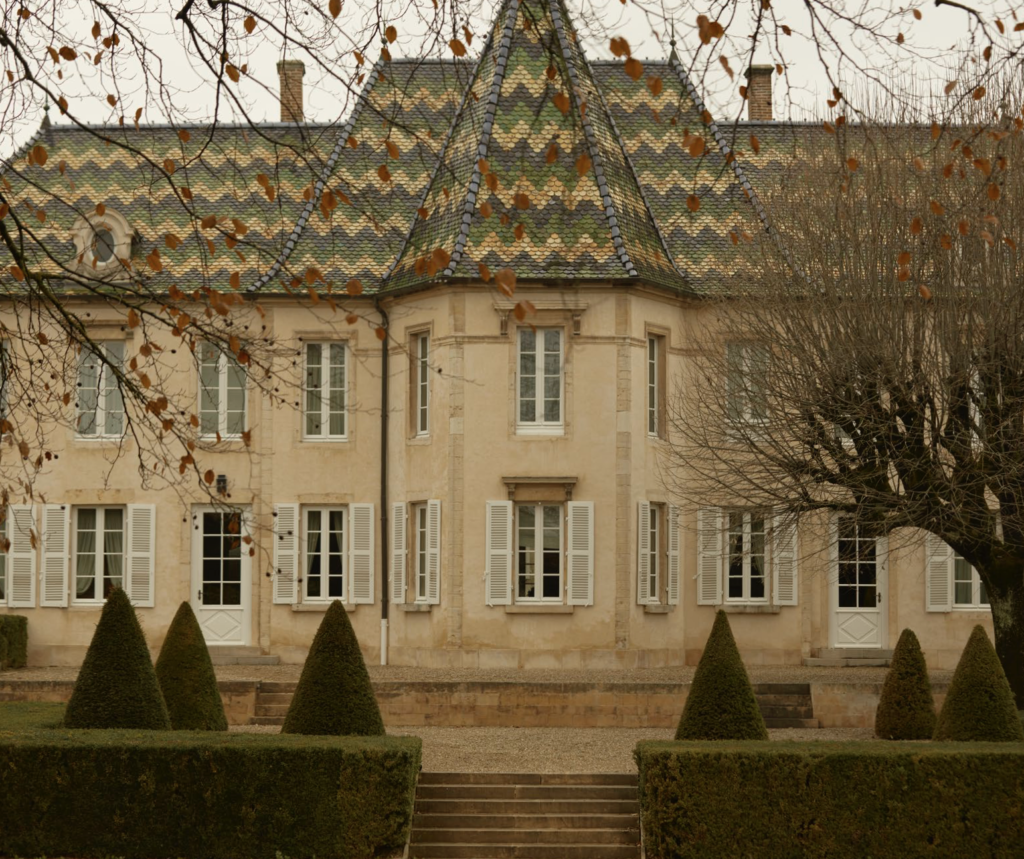 “ This beautiful and rich history testifies to the role of the historic houses in the identification of the great terroirs, the maturing of their wines and their presentation to the most demanding wine lovers.”

The house’s distinctive expertise is also expressed in the attention paid in the cellars to the ageing of our wines. The bastions and cellars of the château de Beaune, built by Louis XI after the death of Charles le Téméraire in 1477, provide us with perfect conditions of conservation. Since the first half of the 19th century, the old bottles have been checked and recorked every 30 years. This rare know- how, developed over time, has gradually become a kind of liturgy whose precise and careful gestures testify to our veneration for these great witnesses of ancient times. The wines that we offer you today have benefitted from this ritual which gives their lucky owners absolute confidence in their quality, despite their great age.

At the end of the 19th century, the great trading houses were almost the only ones to market this wine. They thus played an essential role in the renown of our great Burgundy wines, which they made known to the world, introduced to the royal tables, promoted in the international high society. This is how Bouchard Père & Fils was able to purchase wines from La Romanée to mature and market them. From 1862 to 1975, the bottles we offer testify to this period. A second period follows, from 1976 to 2001, during which Bouchard Père & Fils was granted the exclusive right to mature and market La Romanée. Starting in 2001, La Romanée’s situation began to change. Indeed, Louis-Michel Liger-Belair decided to gradually take over the destiny of the family estate. The period from 2002 to 2005 was a transitional period during which our two houses were growing and marketing La Romanée wines in parallel. 2006 thus marks the end of this long and prosperous period for Bouchard Père & Fils.

This beautiful and rich history testifies to the role of the historic houses in the identification of the great terroirs, the maturing of their wines and their presentation to the most demanding wine lovers.

For us, who have enjoyed this long life shared with La Romanée, the time has come to close this chapter. And, rather than jealously sealing this treasure within the ramparts of the château de Beaune, we thought it was more appropriate to share this memory with all those who, throughout the world, share a lively passion for this emblematic Burgundy wine. Everything offered to you by Baghera/wines, whom I thank and whose expertise I admire, has lived a peaceful existence in our cellars since bottling. Their state of preservation is perfect. The only time, very ephemeral in view of their age, when these venerable bottles have been moved is when, every 30 years, expert and careful hands have exercised upon them our historic skill of recorking and conservation. On this occasion, after meticulous uncorking, each bottle is tasted and noted. Then one of them is sacrificed to top up the levels of its sisters and all of them are finally recorked, before returning to the exact place from whence they were so briefly extracted.

“ Wine is made to be shared, to be tasted, to be put on a table, to be celebrated for itself
and because it embodies the most fruitful alliance imaginable between man and the earth.”

This event is unique. There will have been a before and an after. Because, once it has passed, the story of Bouchard Père & Fils with La Romanée will slip out of our hands and into yours. Bouchard Père & Fils will no longer have Romanée. But those who are lucky enough to acquire some of these bottles will taste a moment of art and of history that I hope they will remember for a long time. Wine is made to be shared, to be tasted, to be put on a table, to be celebrated for itself and because it embodies the most fruitful alliance imaginable between man and the earth. What is important in wine is the sharing and culture that go hand in hand. It is friendship, interest, passion shared and discussed in a moment of joy and pleasure.

“The desire for happiness is essential to man”, writes Saint-Augustin, who adds: “it is the motive for all our actions”. More than objects of hoarding or speculation, I hope that these bottles will become objects for sharing, the cause for moments of happiness. It is the sense of wine and the motive that has animated the people of Bouchard Père & Fils for nearly 300 years.