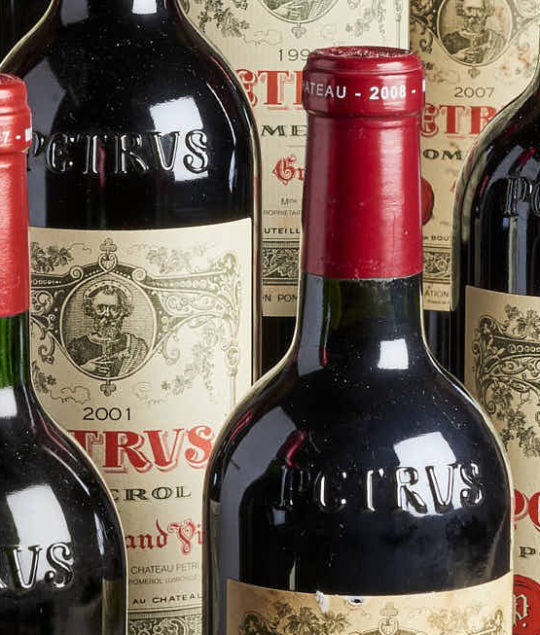 What is so mind-blowing about collecting wine? Uncovering hidden treasures in a thrilling hunt? Possessing a unique bottle from a legendary wine-maker? Succumbing to the temptation of an iconic, once-in-a-lifetime wine? This “Bordeaux Odysseus” wine o’clock auction is the rendez-vous for all seasoned Bordeaux, Bourgogne & Rhone wine-lovers and collectors!

As the main entrée to this auction, Bordeaux enthusiasts will be thrilled to browse an unprecedented collection of claret & white burgundy from the immaculate cellar of a Luxemburger gentleman. Patiently gathered over the years and bought from the historic and well-known wine distributors based in Luxembourg, this collection is composed of the greatest Bordeaux names, spanning vintages from 1987 to 2011.

Amongst the many attractive references offered in this Bordeaux voyage, a selection of mature, ready-to-drink for some, younger and with g reat capacity to age for other wines. Highlights feature a rare 12-vintage vertical of Petrus, original cases of Mouton-Rothschild, Margaux, Haut-Brion and Ausone from 1999 to 2008 and including the stunning Mouton 2000, and dozens of Léoville-las-Cases, Léoville-Barton, Montrose, Palmer, Pape-Clément and Pontet-Canet. The white burgundy selection mainly focuses on Comtes Lafon, Bonneau du Martray and Domaine des Lambrays, for the delight of Chardonnay enthusiasts.

The second chapter of this catalogue is a fine French collection of Beaucastel wines, along with red and white Chapoutier cuvées. Highlights include the rare “Hommage à Jacques Perrin” cuvée from 2007, 2009 and 2015, and M. Chapoutier Ermitage Pavillon 2005, 2006 and 2007.