All the way to Rhinos | Wine o’clock 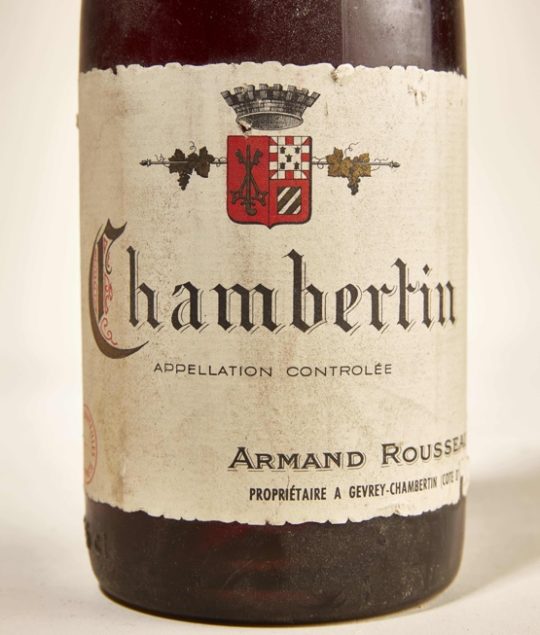 Wines from the heart…
—

Wine is celebrated all over the globe for its eternal virtues of brotherhood and sharing. Hence, it will be no surprise for all wine lovers here to combine their passion with an act of solidarity for the preservation of endangered species.

Baghera/wines has the tremendous pleasure to pursue their Wine o’clock Autumn series with a superb private collection of mature Clarets, Burgundies and Champagnes to be auctioned in favour of the Caleo Foundation, who works relentlessly for the reintroduction and preservation of the Black Rhinos’ population in its original habitat at Sanbona, South Africa. At the Sanbona Wildlife Reserve, the Caleo Foundation devotes its dedicated team to the reintroduction of the ‘South-Western Black Rhino’ that has been locally extinct for nearly 200 years, due to past profligate hunting and other human impacts.

This wine collection is remarkable in many ways. But its most unprecedented aspect is that this ensemble has lain undisturbed and untouched in professional storage in Switzerland for the past 33 years.

Further along the e-catalogue's pages you will discover rare quantities of top-flight French wines comprised between 1947 and 1969. Amongst the many highlights that will enthuse all wine- collectors, this selection offers rarely-seen quantities of Gazin 1955, Cos d’Estournel 1961*, Lafite Rothschild 1962, Chambertin Rousseau 1964, Latour 1964*, La Mission Haut Brion 1964, Ausone 1964*, Cheval Blanc 1964, Dom Pérignon 1964* and d’Yquem 1966* (* offered in their original packagings).

This Wine o’clock “All the way to Rhinos” is a rare opportunity to act for Wildlife Preservation by celebrating the best of wines from the 1960’s decade.